The Chambersburg Area Senior High School Navy Junior ROTC held an awards ceremony on the evening of 23 April 2021 to recognize Cadets for Outstanding Performance in the current school year.  The NJROTC program has 80 Cadet in grades 9-12 at Chambersburg Area Senior High School.  Each year more than a dozen civic organizations recognize Cadet for outstanding academic, leadership and citizenship performance during the current school year.  The ceremony was presided over by guest of honor, Commander Robert James, USN, an active duty officer stationed with the Naval Supply Systems Command at Mechanicsburg, PA.  Before beginning the awards ceremony, Commander James administered the oath of office to those Cadet who chosen a career in the United States Armed Forces.  Recognized for their enlistment were

After the enlistments, the civic group awards were presented to the following Cadets

Following the Civic Awards Presentation, several Cadets were recognized for excellence by the JROTC instructional staff.

Distinguished Cadets for 2021 were

Additional recognitions were provided during the ceremony with 58 individual awards being bestosed upon CASHS NJROTC CADETS.

The awards ceremony was followed by a formal cake cutting presentation and banquet. 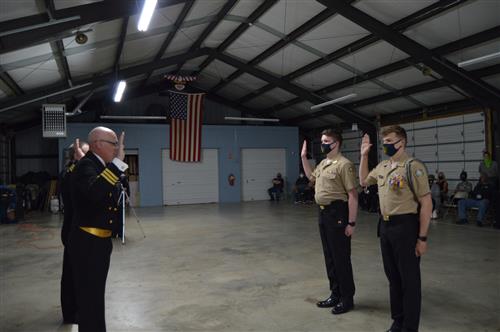 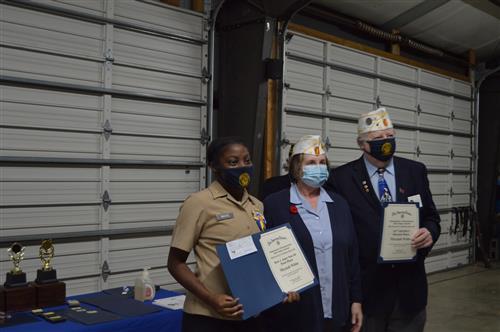 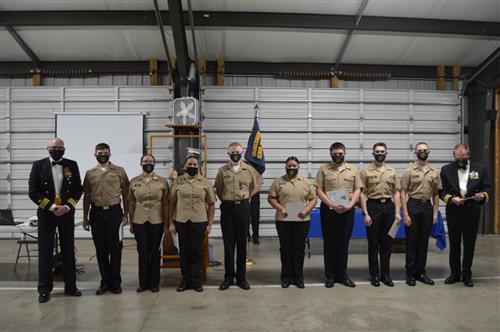